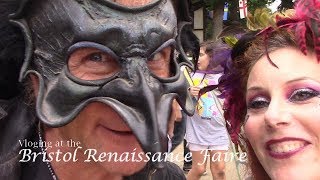 He never keeps secrets for you.

He jumps just for joy.

Such frolicsome fun will ensue.

If you find yourself lost in the forests of Russia and then hear some mysterious ethereal laughter, why then you have been pranked by a Leshii. Had you brought him a gift of bread and salt or amused him by wearing your clothes inside out, you might have escaped his mischievous antics. Music is also a good choice to placate him, although do not under any circumstances whistle. No matter how expertly you think you may be at your bird-calls, Laetitia the Leshii can instantly tell the difference between his winged friends and a human’s tinny and piercing facsimile.

Laetitia the Leshii is a guardian of the forest. They speak to the trees and nurture and care for the animals living in their forest. They themselves are carefree beings who deeply appreciate the small moments of life. As they live deep in the forests, human kind is a curiosity to them, which is why they might play with them like a cat playing with a new toy. If you encounter a forest that seems to sparkle with joy, where the trees are thriving, and especially if they are late to lose their leaves in the autumn months, you have likely entered the abode of a Leshii. It would be prudent to be respectful and if you are hunting or logging, it would behoove you to pack away your weapons and take your hunt to another location. While these beings are full of mirth, their gentleness will dissipate quickly if harm comes to a resident of their forest. However, kindling taken when a gift is brought in exchange will result in a magical fire that will bring you lasting warmth, perfect cooking, and very little smoke.

You mustn’t ever try to hide your intentions from a Leshii like Laetitia. If you ignore the signs that you have entered his forest and you proceed to kill an animal or cut down a tree, he will know what you have done. Therefore, Laetitia the Leshii is an omen that secrets will not be kept. If you have committed some kind of indiscretion or crime in your life, his appearance suggests that you should make your amends and face your penalties. You will be found out, so to maintain your honor, it would be best that you are the one to voice your deeds. So, deny Laetitia the Leshii’s warning, and leaving your mistakes to uncovered by a third party will result in harsher punishment and the loss of relationships and possessions that are dear to you.

Keep in mind that Laetitia the Leshii is also a lover of tales and in his mirth, he repeats all that he has heard. So, secrets may not be maliciously divulged, but they will be released nonetheless. So likewise, if you have something delightful you are trying to hold on to, you may want to share your tales so that you get to be the one to tell it properly.

Laetitia the Leshii had some difficulty finding some selections for beings like himself. However, he is particularly interested in the satyrs and fawns of Ancient Greece who bare a striking resemblance to his Russian folk. If you have read any books about Leshiis not featured on this list, please email me!